The Papio NRD and ENWRA (Eastern Nebraska Water Resources Commission) have low-flying helicopter flights taking place in late June and July over Eastern Nebraska to collect and record geologic measurements to learn more about buried aquifers. We want to public to be aware so they will not be alarmed if they see a helicopter mounted with instruments in their area.

Below is a news release from ENWRA with more information. 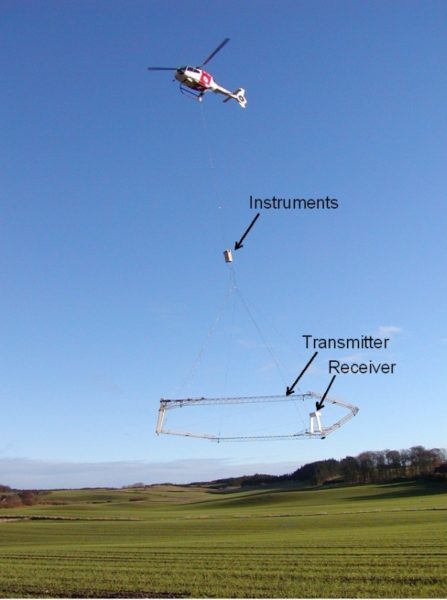 Eastern Nebraska residents should not be alarmed if they see a low-flying helicopter over areas of the Papio-Missouri River Natural Resources District (P-MRNRD) in June and July.

Beginning in late June and lasting approximately two to three weeks, instruments mounted below a helicopter will collect and record geologic measurements to learn more about buried aquifers (glacial sands and gravels, sandstones and other water-bearing materials).  The P-MRNRD and other members of the Eastern Nebraska Water Resources Assessment (ENWRA), a coalition of six NRDs in the eastern third of Nebraska, have planned the flights with help from the Nebraska Water Sustainability Fund, through the Nebraska Natural Resources Commission.  According to Katie Cameron, coordinator of ENWRA, “The flights will improve our understanding of available ground water and its possible connections with surface water in an area of the state made more complex by the presence of glacial deposits.”

Aqua Geo Frameworks (AGF), of Mitchell, Nebraska will oversee the flights, process data and produce a final report.  The equipment can collect data at a speed of more than 50 miles per hour and explore to a depth of more than 700 feet below the ground surface.  The helicopter will fly over parts of Dakota, Thurston, Burt, Washington, Douglas, and northwestern Sarpy Counties within the P-MRNRD.   Cameron said the flights will be a continuation of ENWRA flights conducted during summer 2016 and will focus with more detail on several areas within the P-MRNRD.  Scientific equipment is towed about 100 feet below the helicopter in a ‘spider web’ array and is designed to map geologic structures beneath the surface of the earth.  The helicopter will be manned by experienced pilots specially trained for low-level flying with this equipment.  Similar flights have been made across Nebraska since 2007, according to Cameron, as NRDs seek to better understand and manage ground water resources.