Two recently elected members of the Papio-Missouri River Natural Resources District (Papio NRD) Board of Directors were sworn in at last night’s board meeting.

Patrick Bonnett, who previously served on the Papio NRD Board from 2012-2016, replaces Mark Gruenewald in Subdistrict 9, who joined the board in 2017. Phil Davidson, City of Bellevue Community Relations Coordinator, defeated incumbent John Wiese in Subdistrict 11, who served since 2016.

Mark your calendars! The Papio NRD will hold a virtual open house on Jan. 21 from 5-7 pm for the public to ask questions/provide feedback on the 2021 Hazard Mitigation Plan.

Your previous input enabled us to identify 14 natural and man-made hazards of concern to you for evaluation in this plan.

You can review your local community’s profile here. 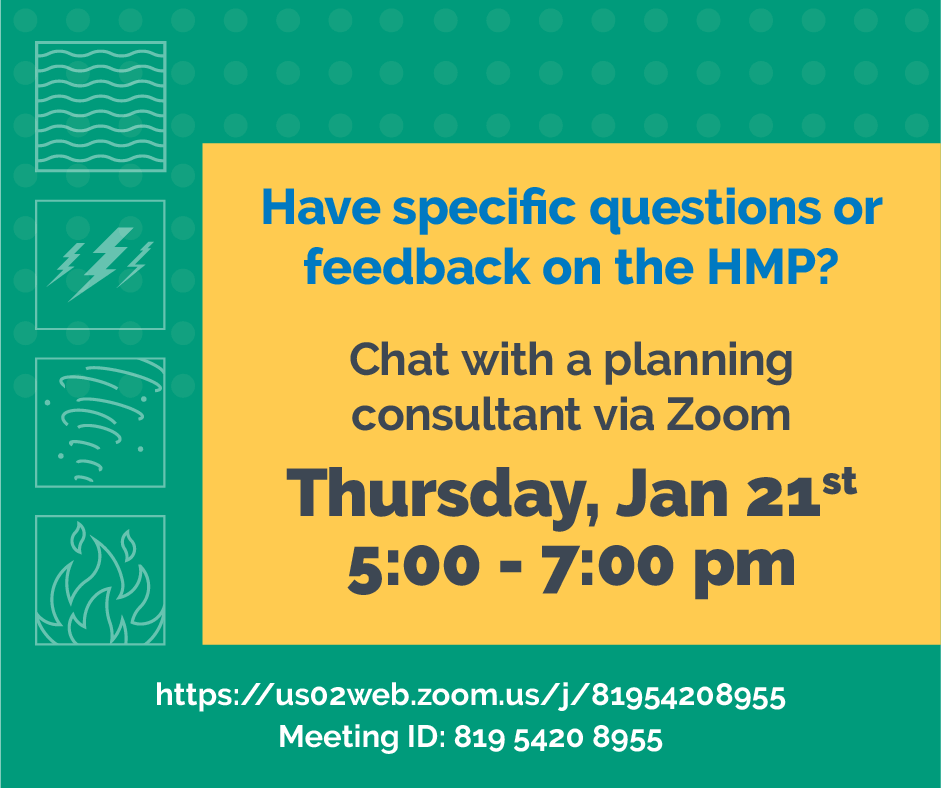