At its September 9th meeting, the Papio-Missouri River Natural Resources District Board of Directors voted to approve the Fiscal Year 2022 general operating budget that includes a decrease in the Papio NRD property tax levy. 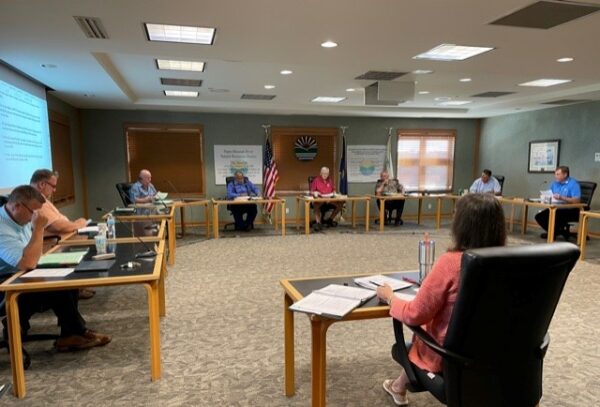 “It is our fiduciary responsibility to save taxpayer dollars and we are proud the Papio NRD’s property tax levy will decrease again this year,” said John Winkler, general manager of the Papio NRD. “For 16 out of 17 years, the District has either decreased (10 years), or kept the tax levy the same,” said Winkler. This is the Papio NRD’s lowest mill levy since 2015.

The Papio NRD will drop its property tax mill levy 2.25% this fiscal year. More importantly, even though LB 408, a bill to limit political subdivisions property tax spending, failed to pass last legislative session, the Papio NRD thought it extremely important to live up to the spirit and goals of the bill to control the growth of property taxes.

“Due to sound fiscal management; healthy and growing valuations and overall economy; as well as strong local, state, and federal partnerships, the Papio NRD is able to wisely conserve our financial and natural resources,” says Winkler.

The Papio NRD’s property tax levy utilizes less than two percent of a homeowner’s total property tax bill who lives within the District’s six-county area. The levy is based on an estimated 5.88% increase in valuations across the District, which includes all of Sarpy, Douglas, Washington, and Dakota counties, plus the eastern 60% of Burt and Thurston counties.