The Papio-Missouri River Natural Resources District (Papio NRD) and the City of Bellevue Public Works Department would like to remind all area residents that the Bellevue Loop Trail will remain closed until all remaining trail work and levee improvements on and around the trail are completed. 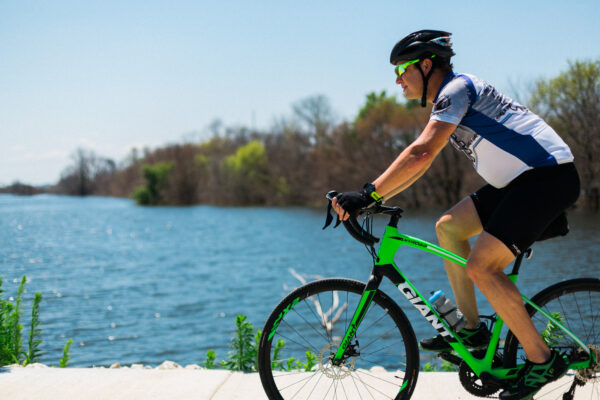 The levee and trail work are expected to be completed by the end of October. For public safety, residents are not to access the trail or levee until the Papio NRD has provided notice that it is open for public use.

Additionally, barricades are in place indicating the trail is closed. Residents are not to move or tamper with any barricades or other warning signs. The City of Bellevue Police Department will continue to monitor access points to the trail/levee construction site and may issue citations to trespassers. All of these measures are in place for the safety of the public.

We understand the public’s eagerness to use the trail and are working as quickly as possible to complete the levee system that will better protect the City of Bellevue and Offutt Air Force Base from another major flooding event. We thank the public for its cooperation and patience during the construction of this project.

Historic flood hit weeks before levee project was to begin,
causing catastrophic damage
to the base and surrounding area

The March flood severely damaged the Missouri River Levee System that protects Offutt Air Force Base, resulting in nearly $1 billion in damage to the base. The nearby Papillion Creek Wastewater Treatment Plant and levee system sustained more than $45 million in damage. The flooding occurred just weeks before the Papio NRD was to begin federally mandated upgrades to the levees.

“While timing of the flooding was certainly unfortunate, today we have great reason to celebrate,”  said John Winkler, general manager of the Papio-Missouri River Natural Resources District. “Like anything worthwhile, it wasn’t easy and the weather didn’t help. However, the historic floods of 2011 and 2019 only slowed us down. They never deterred us from the mission,” said Winkler.

During the week of September 9th, the Papio NRD, in cooperation and coordination with the U.S. Army Corps of Engineers, started the levee construction – raising and widening levees R-613 and R-616 – to provide increased flood risk protection to the area of tremendous infrastructure.

“That’s what this project represents, that spirit of Nebraska,” said Governor Pete Ricketts. “Not allowing ourselves to be defeated by Mother Nature, but willing to work together to build bigger and better than before. To rebuild this levee. To protect Offutt Air Force Base so they can continue their mission of protecting us,” said Ricketts.

Congressman Don Bacon said the levee project is an important milestone because without the levee system upgrades, the Unites States Air Force was not willing to replace the flooded Offutt Air Force Base runway.

“This levee is important for that runway, which costs $170 million to totally redo,” said Congressman Bacon. “Without the commitment to raise this levee, we would not get the replacement of $300 million to replace the buildings that were destroyed,” said Bacon.

“We are in the process of finishing the first contract, which was to restore levee R-616 and R-613 to its pre-flood condition,” said Colonel John Hudson of the U.S. Army Corps of Engineers.” That contractor’s efforts will be wrapping up here in the next week. That sets the condition for the Papio NRD’s contract to start work to raise the levee that additional two to three feet,” said Colonel Hudson.

The $35 million Missouri River Levee System project is estimated to be completed by 2021.

Legislative Bill 177 today passed Final Reading with no debate on a vote of 35-8 by the Nebraska Legislature.  The bill extends the Papio-Missouri River Natural Resources District’s bonding authority for five years for flood control projects.

The bill will ensure the Papio NRD can complete the Missouri River Levee project that protects Offutt Air Force Base and Omaha’s Wastewater Treatment Plant after this year’s destructive and historic floods, as well as, build six priority reservoirs to provide needed flood mitigation in the Greater Omaha Metro Area.

The bill now goes to the Governor for his signature.